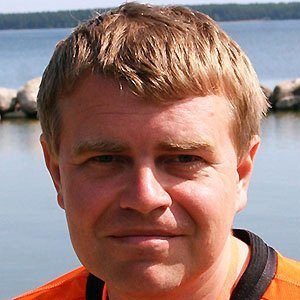 Author of Rehepapp ehk Novemberone (Old Barny, aka November), one of the most popular Estonian novels of the early 2000s. His 2007 novel, Mees, Kes Teadis Ussisonu (The Man Who Spoke Snakish), was also an Estonian bestseller.

He joined the Estonian Writers' Union in 1996.

His debut novel sold over 25,000 copies in the five years following its publication.

He and Sass Henno were Estonian literary contemporaries.

Andrus Kivirahk Is A Member Of