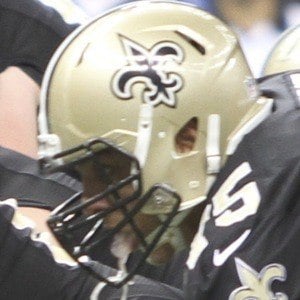 Offensive tackle who began his career with the Stanford Cardinal in 2012. He won the Pac-12 Championship and was named a Second-Team All-Pac-12 selection with the team in 2013. In 2015, he was selected 13th overall in the NFL Draft by the New Orleans Saints.

He left Corona del Sol as a five-star recruit according to Scout and Rivals. He was considered the second-best offensive tackle in his class.

His father is 7-year NFL offensive tackle Todd Peat. His older brother, Todd Peat, Jr., has played defensive tackle at the University of Nebraska. His younger sister Leilani Peat is a TikTok star.

He was teammates at Stanford with tight end Zach Ertz, who went on to be drafted by the Philadelphia Eagles in the 2013 NFL Draft.

Andrus Peat Is A Member Of