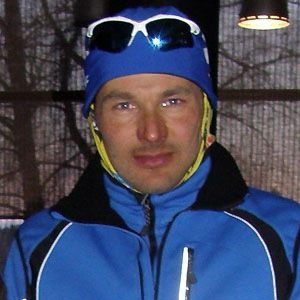 Cross country skier who won his second gold medal at the 2006 Turin games, becoming the fourth Estonian in history to do so.

He won his first major international medal at 18 with a silver place finish at the 1999 Ramsau World Championships.

He is also a two-time World Championship gold medalist, winning his second in 2009.

He and his wife Angela Veerpalu have five children: Andreas, Anette, Anders, Anlourdees and Adorres.

He won a gold medal at the 2002 Salt Lake City Olympics, which is also true for figure skater David Pelletier.

Andrus Veerpalu Is A Member Of