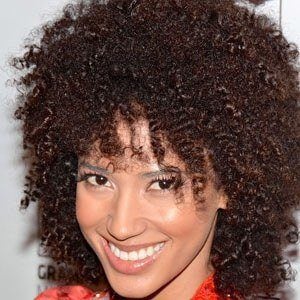 She began playing the piano at the age of seven and had begun her own band, Allo and the Traffic Jam, by the time she was in her late teens.

Her UnFresh album includes a track, "Dreamland," with vocals by California-born rapper Blu.

Born in Cameroon to American teacher Sue Adams Allo and African-born ecologist Andrew Allo, she was raised in both Bamenda, Cameroon and Sacramento, California, U.S.A. She grew up with four older siblings.

She once performed on Jimmy Kimmel Live!

Andy Allo Is A Member Of