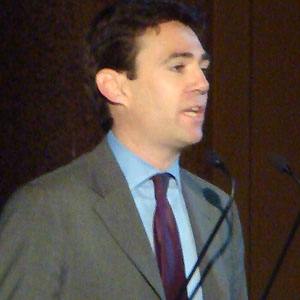 British Labour Party politician who began serving in 2001 as a Member of Parliament. He held several Cabinet posts, including Chief Secretary to the Treasury and Secretary of State for Health.

He studied English at Fitzwilliam College before joining the Labour Party in 1984.

His marriage to Marie-France van Heel produced two daughters and one son.

He was the Chief Secretary to the Treasury under the administration of Prime Minister Gordon Brown .

Andy Burnham Is A Member Of