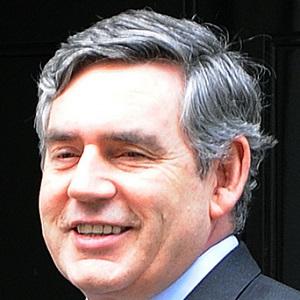 British Labour Party politician who was the Prime Minister of the United Kingdom and Leader of the Labour Party from 2007 until 2010. His tenure was marked by the recession of 2008 and its global consequences.

He lost vision in his left eye because of a rugby injury before attending the University of Edinburgh to study history.

His father was John Ebenezer Brown, a minister of the Church of Scotland.

In July 2012, he was named by Secretary-General Ban Ki-moon as a United Nations Special Envoy on Global Education.

Gordon Brown Is A Member Of