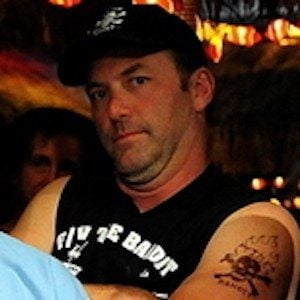 Captain of the FV Time Bandit with his brother Johnathan. The two siblings rose to fame starring on the hit Discovery Channel series Deadliest Catch. The brothers also manage their various family businesses under the Time Bandit name.

Inheriting the title of fisherman from his father and grandfather, he worked as a commercial fisherman for almost three decades before starring on Deadliest Catch.

A talented musician, when he isn't working he plays the guitar, the drums, and writes music.

He is a third generation Alaskan fisherman. His brother Neal also works alongside him and Johnathan on the Time Bandit.

Like Josh Harris, he is a star known for his appearances on Deadliest Catch.

Andy Hillstrand Is A Member Of