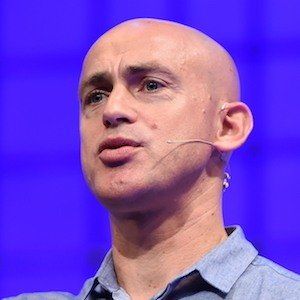 Business executive known as the co-founder of the company Headspace which focuses on mindfulness and meditation.

In the midst of obtaining a degree in Sports Science, he travelled to the Himalayas to study meditation, eventually resulting in his ordination as a Tibetan Buddhist monk in Northern India.

With multiple pictures of his son and helpful tips on meditation, he runs a successful Instagram with over 60,000 followers.

He married his wife Lucinda and has son named Harley.

He can be seen photographed on his Instagram account with celebrities such as Jimmy Fallon and Mario Lopez.

Andy Puddicombe Is A Member Of