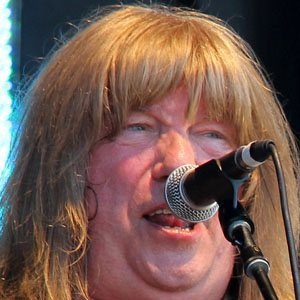 Guitarist and singer most famous as a member of the classic rock band Sweet. Following the band's dissolution in 1981, he performed with groups like Ladders and performed Sweet songs live under the name Andy Scott's Sweet.

He got his start as a bassist in the band The Rasjaks in 1963.

He was diagnosed with prostate cancer in 2009 but has since gone into remission.

He has performed with his brother, bassist Mike Scott, in The Elastic Band.

He was bandmates with singer Brian Connolly in Sweet.

Andy Scott Is A Member Of