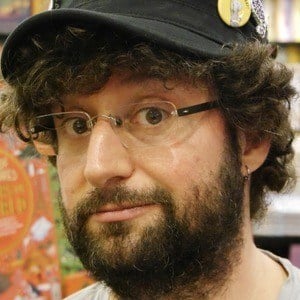 Best known for his "Mr. Gum" series of children's books, this British author also pursued careers as a cartoonist, blues vocalist, and stand-up comedian. Between 2006 and 2011, he published nine Mr. Gum titles, including Mr. Gum and the Goblins and Mr. Gum and the Secret Hideout.

He briefly studied in the English department at Oxford University before enrolling in illustration courses at Manchester Metropolitan University.

In addition to his Mr. Gum books, he published works titled The Story of Matthew Buzzington and Sterling and the Canary. He won a couple of Blue Peter awards for Best Book With Pictures in the inaugural Roald Dahl Funny Prize with Mr Gum and the Dancing Bear.

A native of Leicester, England, he resides in North London.

Andy Stanton Is A Member Of