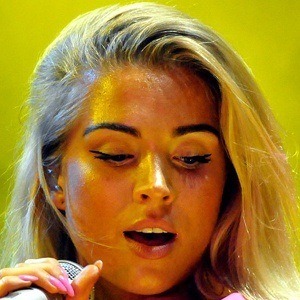 Pop singer and songwriter who rose to fame after competing on and winning the 11th season of Germany Seeks The Superstar. Her debut single "The One" would go on to top Germany's popular music chart in 2014.

She studied at the Transform school in Krakaw, Poland.

In 2016, she competed on the RTL talent show competition Dance Dance Dance.

During her time on Germany Seeks The Superstar, she performed Michael Jackson's "Dirty Diana."

Aneta Sablik Is A Member Of