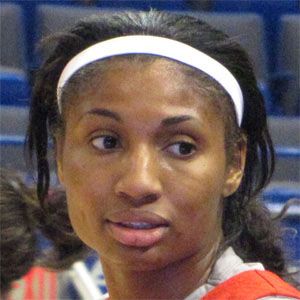 She played college basketball at the University of Louisville, where she became the team's all-time leading scorer in 2008.

She was the WNBA's Rookie of the Year in 2009 debuting for the Atlanta Dream.

She was born to Sharon and Roi McCoughtry.

She played against Lindsay Whalen and the Minnesota Lynx in the 2011 WNBA Finals.

Angel McCoughtry Is A Member Of