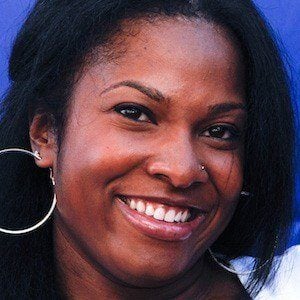 Well known under her YouTube channel and blog name That Chick Angel, she is a web video star, comedian, and actress who vlogs about her everyday life being a mother. On television, she appeared as Nurse Dawn Archer in more than 30 episodes of ER.

She wrote, produced and directed a short film called Heckle or Hell. She also wrote and starred in a TV series called Mom's Escape.

She is married to a man named Marcus, and has four sons, twins Sai and Kai, Marcus, and Amar. Her That Chick Angel channel features her family.

She was cast in the NBC pilot for Are You There Vodka, It's Me Chelsea, based on the book of the same name by author and comedian Chelsea Handler.