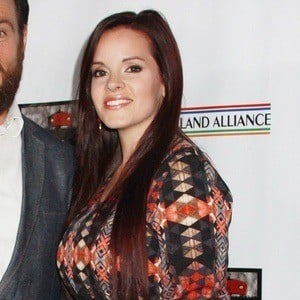 Internet sensation who is part of the Shaytards family, commonly referred to as YouTube's first family. She is also known as Katilette and MommyTard. She likes to sing and play ukulele.

She was an exercise trainer before her husband Shay Carl blew up on YouTube.

She ran a half marathon during the San Francisco Marathon in 2012. Her video "Letting a Dream Die" has received over 4 million views since it came out in September of 2017.

In her immediate family, she was born to Coleen and Vince Crofts and has 4 siblings named Adam, Candance, Sadie, and Callie. She has 5 children named Emmi, Gavin, Avia, Brock, and Daxton.

She was featured in a 2011 photoshoot video titled "Playing Dress Up with Kimmy Erin!"

Colette Butler Is A Member Of