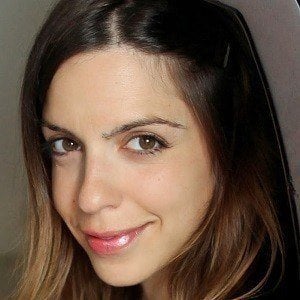 Initially finding success with her YouTube channel whatsupelle, she gained an even bigger following through her second channel WhatsUpMoms, amassing over 3.4 million subscribers. Their channel has given useful information for mothers all across America to help them with their everyday lives.

She attended Stanford University. She has worked with brands such as Tide, Capital One, BBC, Levi's, Pepsi and more.

She collaborates with fellow moms named Meg and Brooke on her WhatsUpMoms channel where together they post about kitchen tips, recipes, vlogs about family and more. In one of her videos, she acted out a crazy but normal morning for a mother of young children.

She is the middle child of three and has three children of her own named Presley, Ford and Tess Walker. Her husband's name is Ross.

Her parody cover of Iggy Azalea's "Fancy," which she called "I'm So Pregnant," earned more than 16 million views in just 8 months. She has collaborated on videos with such YouTubers as Elise Strachan.

Elle Walker Is A Member Of