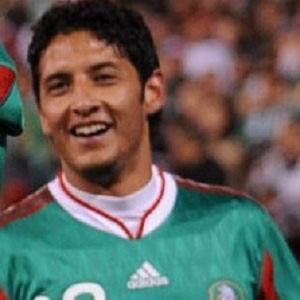 Professional soccer player who plays attacking midfielder, and first debuted at the senior club level for San Luis in 2005.

He was a reserve at Club America before making his senior debut.

His family has lived in Mexico City, not far from some of the teams he has played for.

In 2011 he became the second Mexican-born player to be the goalscoring champion at Clausura, joining Cuauhtemoc Blanco.

Ángel Reyna Is A Member Of