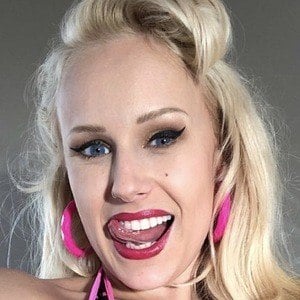 Adult model and filmmaker who is known for having been featured on multiple covers of Playboy Magazine. She is also known for attending a range of conventions and signings for her fans and shares additional modeling shots for her over 600,000 Instagram followers.

She began studying singing and acting before venturing into modeling after leaving Masaryk University in Brno. She earned recognition when she appeared in Playboy Magazine when she was 23. In 2012, she went on to direct her first adult film.

She has been featured on the cover of Playboy Magazine several different times including her first appearance in June of 2014. In November of 2014, she was selected to become a Playmate for the company as well.

She was born and raised in Pelhrimov, Czechoslovakia.

Alena Seredova is a fellow model from Czechoslovakia who also earned representation from Playboy Magazine.

Angel Wicky Is A Member Of