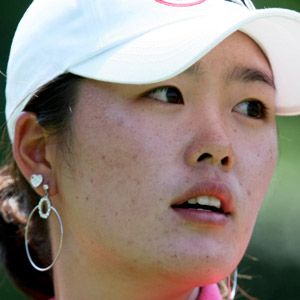 Pro golfer who played on the Futures Tour and LPGA Tour and was the LPGA Tour Rookie of the Year in 2007.

She graduated from Torrance High School in California.

She won five tournaments in the American Junior Golf Association.

She was born in Parana, Brazil to Korean parents and moved to California when she was 8 years old.

She finished fifth in the 2007 LPGA Championship, a tournament that Suzann Pettersen won.

Angela Park Is A Member Of