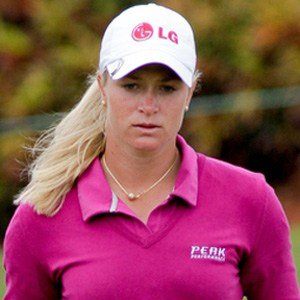 She was named the Ladies European Tour Rookie of the Year in 2001.

She was born to Mona and Axel Pettersen.

She appeared in ESPN's 2012 Body Issue, which included MMA fighter Ronda Rousey on the cover.

Suzann Pettersen Is A Member Of