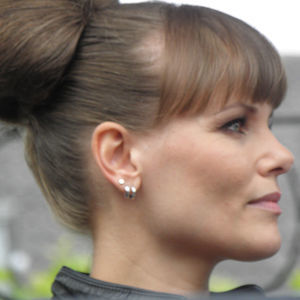 One of her first television roles was Dorine in the late 1990s series Oppassen!!!

Outside her acting career, she has performed in the musical show Kreutzersonate als het verlangen maar stopt with her husband.

She married Belgian actor Tom Van Landuyt in 2002 and they had three daughters.

Angela Schijf Is A Member Of