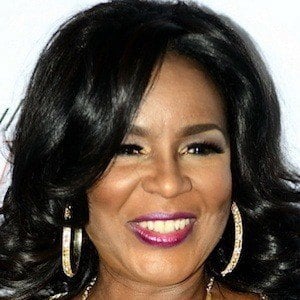 One-half of the 1980s R&B duo René & Angela who also had popular solo hits like "Angel."

In her group's early years, she and her partner also wrote hit songs for other artists, giving Janet Jackson her first top ten R&B hit, and Stephanie Mills a #1 single.

She sold over ten million album and singles, with many of her songs sampled by hip hop artists like Notorious B.I.G.

She was born in St. Louis, Missouri.

She worked with Ron Isley of the Isley Brothers on some of his group's early releases and had her own debut album co-produced by him.

Angela Winbush Is A Member Of