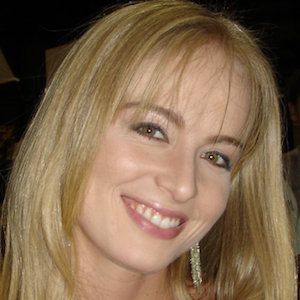 Brazilian television show host who has presented shows like Angel Mix and Video Game. She has also released songs such as the popular track "Vou de táxi."

She played the role of Anamaria in the 1982 TV mini-series Avenida Paulista.

She acted alongside Adriana Esteves in the TV series The Cariocas.

Angélica Ksyvickis Is A Member Of