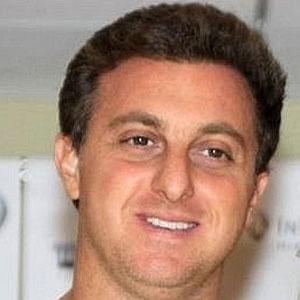 Host of the wildly popular Brazilian TV show Caldeirao do Huck on the Rede Globo network.

He worked as an intern at an ad agency and opened a successful bar in Sao Paulo, Brazil.

He has children named Eva, Joaquim, and Benício with fellow TV presenter Angélica Ksyvickis, whom he married in 2004.

He lent his voice to the film Tangled like Spanish singer Fanny Lu.

Luciano Huck Is A Member Of