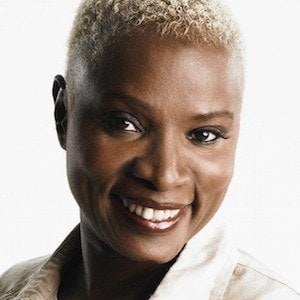 Grammy-winning singer from Benin, Africa who has performed at many prominent events and venues, including the 2012 Fifa World Cup Kickoff Concert (alongside Shakira) and a sold-out performance at Carnegie Hall.

She began singing at a young age, and rose to prominence for her powerful voice.

She was nominated for a Grammy award for the music video for her song "Agolo," and won a Grammy for her album DJIN DJIN.

She was born in Cotonou, Benin.

She had the opportunity to sing for Nelson Mandela at the 46664 Concert in Cape Town, South Africa.

Angelique Kidjo Is A Member Of