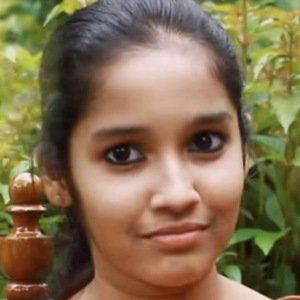 Indian actress who's best known for her role as Isha in the 2015 film Yennai Arindhaal. She earned the 2013 Kerala State Film Award for Best Child Artist for her performance as Sethulakshmi in 5 Sundarikal.

She made her acting debut as Laya in the 2010 film Kadha Thudarunnu.

She acted alongside Jayam Ravi in the 2016 action movie Miruthan.

Her father worked as a model coordinator.

She played the daughter of Mammootty and Sneha in the 2017 film The Great Father.

Anikha Surendran Is A Member Of