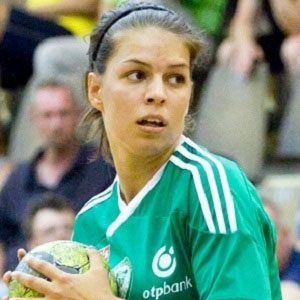 Hungarian handballer who has great success with Gyori Audi ETO KC, winning both the Nemzeti Bajnoksag I and Magyar Kupa titles five straight times from 2008 to 2012. She began representing Hungary internationally in 2009, winning silver at the Women's 19 European Championship.

She began playing handball at age 10 and signed with Gyori Audi ETO KC in 2006.

In 2010, she was named the Hungarian Junior Handballer of the Year and received the Junior Prima Award.

She has two younger brothers who are also handballers.

She has been teammates with Anita Gorbicz on Gyori Audi ETO KC as well as the Hungarian national team.

Aniko Kovacsics Is A Member Of