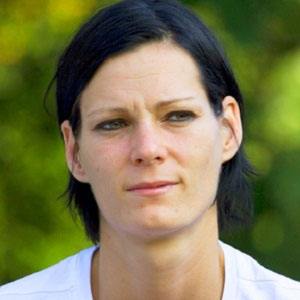 Hungarian handball player who has achieved massive success internationally and in league play, dominating the competition as a member of Gyori Audi ETO KC and the Hungarian national team. She was named World Handball Player of the Year by the International Handball Federation in 2005.

She was born in Veszprem, Hungary and began playing for Gyori Audi ETO KC at age ten.

She was voted All-Star Playmaker of the World Championship four times from 2003 to 2013.

She got engaged to Otto Vincze. In 2015 the couple welcomed a son.

She and Norway's Gro Hammerseng are two of the world's best-known female handballers.

Anita Gorbicz Is A Member Of