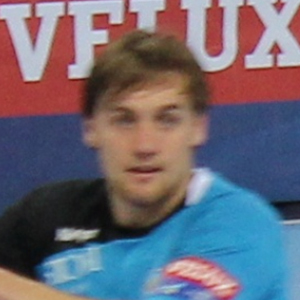 Croatian professional handball player who is best known for his association with the team RK Vardar. He is also known for sharing pictures of his different events as well as his workout routines with his over 70,000 Instagram followers.

He has won several awards and honors for his playing including winning the the SEHA League in the 2016-17 season and receiving third place at the IHF Super Globe in 2017.

He was born and raised in Ogulin, Croatia.

Other professional handball players who also competed with the Croatia national team include Ivano Balić and Domagoj Duvnjak.

Luka Cindrić Is A Member Of