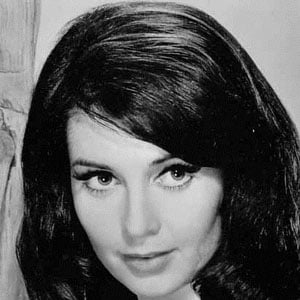 Known for her roles in the 1960s movies Quick, Before It Melts and The Loved One, this American screen actress also appeared in episodes of Bonanza and Dr. Kildare.

At the start of her career, she acted in an early 1960s episode of Gunsmoke.

Her character in the 1966 film The Appaloosa was involved in a love triangle with the characters played by John Saxon and Marlon Brando.

The daughter of Academy Award-winning film set decorator Samuel M. Comer, she was born in Dawson, Texas. Her marriage to Robert Klane lasted from 1976 until 1983.

She was initially slated to costar with Michael Caine in the 1966 espionage film Funeral in Berlin; however, she became ill during the early stages of filming and had to be replaced by Eva Renzi.

Anjanette Comer Is A Member Of