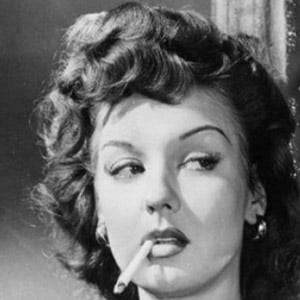 Remembered for her glamorous villain role in a 1945 film noir titled Detour, this American screen actress also starred in such 1940s B-movies as Scared Stiff and Midnight Manhunt. She later made guest appearances in Gang Busters, Death Valley Days, and other television series.

After studying acting at Los Angeles' Max Reinhardt workshop, she changed her name from Bernice Maxine Lyon to Ann Savage and began her Hollywood acting career.

A beauty icon of the 1940s, she was photographed for Esquire magazine.

Her marriage to agent Bert D'Armand lasted from 1943 until his death in 1969. Earlier in her life, she had been married for two years to a man named Clark Tennesen.

After many years away from the film industry, she returned to the big screen in director Guy Maddin's 2008 film My Winnipeg.

Ann Savage Is A Member Of