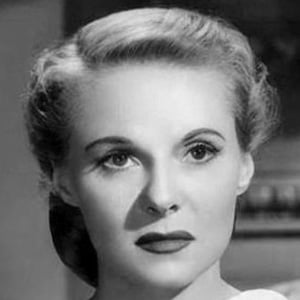 She got her break starring in the popular 1945 films Perfect Stranger and The Seventh Veil.

She was called the Pocket Garbo because she was slim and blonde and reminiscent of Hollywood star Greta Garbo.

James Mason co-starred with her in The Seventh Veil.

Ann Todd Is A Member Of