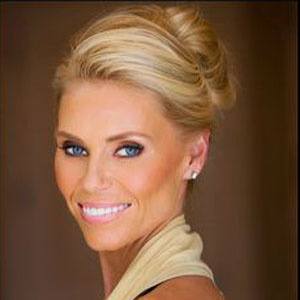 Finished 8th in the Miss Hawaiian Tropic pageant in 1993 and starred on the show Svenska Hollywoodfruar in Sweden.

She was adopted by a Swedish family after her parents died when she was very young.

She had a small role in the film The Specialist.

Paul Anka said that she inspired the majority of his music while they were married.

Anna Anka Is A Member Of