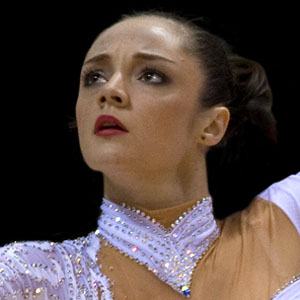 Ukrainian rhythmic gymnast who won a bronze medal at both the 2004 and 2008 Summer Olympics for the all-around event.

She started training in gymnastics at age 5 and would make her first World Championship appearance 12 years later.

She won her only All-Around World Championship in 2007.

She is the daughter of World Champion gymnast Viktoria Bessonova.

She took home a gymnastics medal at the 2008 Olympics, but was unable to keep up with the accomplishment of gold medalist Nastia Liukin .

Anna Bessonova Is A Member Of