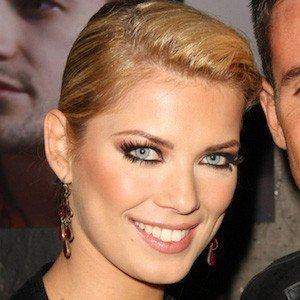 Professional ballroom dancer most well known for competing on the ninth season of Dancing with the Stars with Michael Irvin. She first snagged her spot on the show after winning season eight's professional dancer competition.

She was only six years old when she began dancing at her local community center. By the age of fifteen, she'd won a number of ballroom dance championships.

Between her competing professionally, she has taken up a modeling career on the side.

Her sister, Katusha, is a world ballroom dance champion.

She was beaten on Dancing with the Stars season nine by Donny Osmond and his dance partner Kym Johnson.

Anna Demidova Is A Member Of