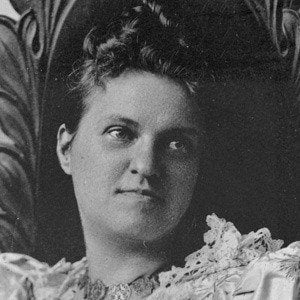 An American poet and novelist of the late 19th and early 20th centuries, she was one of the first writers in the detective fiction genre. Her most famous detective novels include The Leavenworth Case (1878) and Marked "Personal" (1893).

She originally set out to write romantic verse. However, her detective novels made her a bestselling author.

She published nearly forty books, including A Strange Disappearance (1880) and Dark Hollow (1914).

She grew up in New York City. She married Charles Rohlfs in 1884.

She corresponded with Ralph Waldo Emerson when she was young.

Anna Katharine Green Is A Member Of