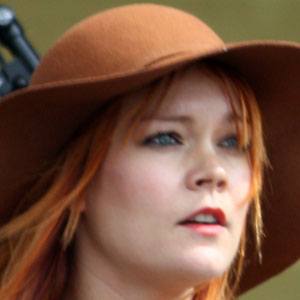 Finnish singer who came in second place on the television show Idols in 2008. She released her first album, Anna Puu, in 2009, and it reached the number one spot on the charts.

Her third album, Antaudun, peaked at the number two position.

She released her second album, Sahara on May 26, 2010 and it also reached number one.

She was raised with family in Outokumpu, Finland.

Another Finnish singer who was a runner up on Idol is Anna Abreu.

Anna Puu Is A Member Of