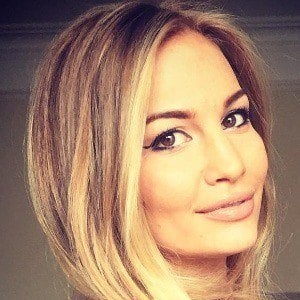 YouTube phenomenon along with her husband Jonathan Saccone-Joly who has a personal, self-titled channel (formerly known as TheStyleDiet) where she discusses beauty, diet, fashion, baking, and more for over 1 million subscribers. Her channel with her husband is called SACCONEJOLYs.

She studied at St. Angela's College and University College Cork in Ireland.

She created a lifestyle blog to go hand-in-hand with her personal YouTube channel. After her experience with eating disorders, she has worked as an advocate to raise awareness about them.

She has two sisters named Emmina and Erika. She and her husband have four children named Emilia, Eduardo, Alessia and Andrea.

She posted a video titled "HOW TO: INSTAGRAM POPULAR PAGE" with Davey Wavey in March of 2013.

Anna Saccone-Joly Is A Member Of