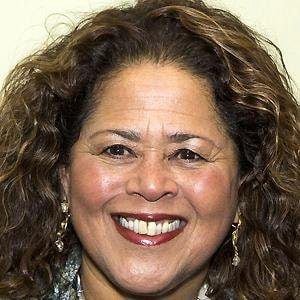 Maryland-born actress and playwright who was a series regular on The West Wing and Nurse Jackie. Her one-woman play, Fires in the Mirror, was nominated for the 1993 Pulitzer Prize for Drama.

She appeared in The American President, Rachel Getting Married, Philadelphia, and other acclaimed films.

She was born in Baltimore, Maryland to Anna Young Smith and Deavere Smith.

She appeared in a Joseph Papp-produced Off-Broadway production of The Merry Wives of Windsor.