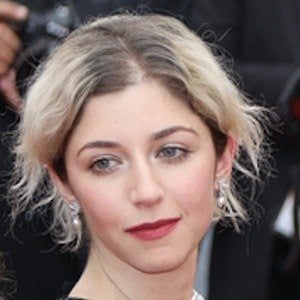 Movie and television actress most notably known for her roles as Dorothy Walcott in the Cinemax series The Knick and Cable McCrory in the CBS series Bull.

On of her earliest roles came in 2004 when she appeared in an episode of Century City.

In 2014 and 2015 she wrote and directed two short films called Anchovies and Drooler.

Both of her parents, Katie Jacobs and Paul Attanasio, are producers and run the production company Heel and Toe Films. She grew up alongside her siblings John and Grace.

In 2016 she appeared in the Netflix original movie Barry alongside Anya Taylor-Joy.

Annabelle Attanasio Is A Member Of