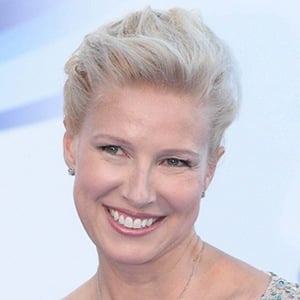 Television show host and personality who is predominantly recognized for her tenure on the program Corazón. She has also hosted the annual TVE New Year's Eve celebration broadcast.

In college she studied industrial marketing.

She appeared in the 1996 film Adiós Tiburón.

In 2015, she married Pablo Heras-Casado and has given birth to children from multiple marriages.

Anne Igartiburu Is A Member Of