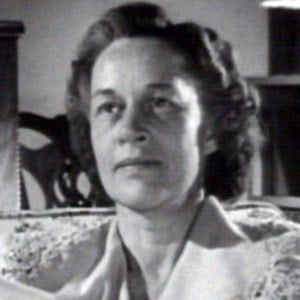 She became known for her motherly and matriarch roles on Broadway productions, and appeared in the 1944 film National Velvet.

She attended Wellesley College in 1926.

She made her debut on Broadway in the 1831 rendition of The Great Barrington.

She was married to Samuel Rosen for 49 years and divorced him in 1984.

She played Hannah Eastman next to Elizabeth Taylor in the 1951 film A Place In The Sun.

Anne Revere Is A Member Of