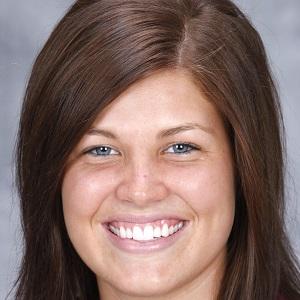 Three-time member of the US hockey team, including the 2008 18-Under team that won the gold medal. She played collegiately for the Minnesota Golden Gophers women's ice hockey program as a defender, helping lead them to an NCAA national championship in 2012.

She played hockey for the St. Cloud Ice Breakers along with her high school team. She earned the Ms. Hockey title and the team's Most Valuable Player award during both her junior and senior seasons.

She was born in St. Cloud, Minnesota to parents Deb and Jim Schleper.

Anne Schleper Is A Member Of