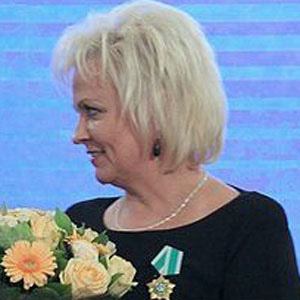 Estonian pop star who has released over twenty-five albums since the beginning of her career in 1983.

She worked as a soloist after graduating from the Tallinn University of Technology.

She became an Honored Artist of the Estonian SSR in 1984.

She has a daughter from her first marriage with Jaak Veski; her second husband's name is Benno Beltsikov.

She is one of her country's best-known pop singers, much like Koit Toome .

Anne Veski Is A Member Of