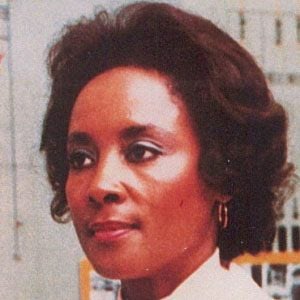 One of the developers of the computer code for NASA's Centaur rocket stage, she was among the first African-American computer and rocket scientists.

After studying at New Orleans' Xavier University and pursuing a career as a pharmacist, she earned a bachelor's degree in mathematics from Cleveland State University.

During the Jim Crow era, she worked to ensure that her fellow African-American Alabamans were not disenfranchised, accomplishing her goal by helping prospective voters prepare for the literacy test portion of their applications.

The daughter of Willie Sims and Bud McCrory, she grew up in pre-Civil Rights Movement Birmingham, Alabama, and later settled in Cleveland, Ohio.

She and Katherine Johnson were both pioneering African-American, female NASA scientists.

Annie Easley Is A Member Of