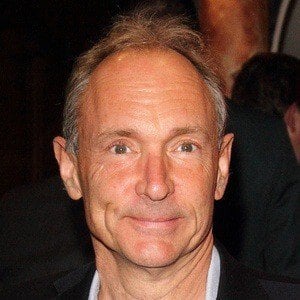 He got his degree in Physics from Queen's College, Oxford.

He was knighted in 2004 by Queen Elizabeth II for his work.

Tim's parents were named Mary Lee Woods and Conway Berners-Lee. He was married to Nancy Carlson from 1990 to 2011. Berners-Lee later remarried Rosemary Leith. He has two children, Ben and Alice.

He was an IT whiz, much like Steven Jobs.

Tim Berners Lee Is A Member Of