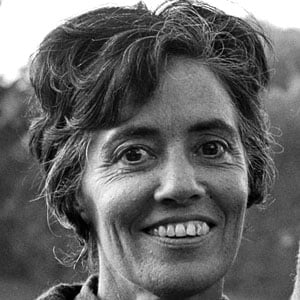 Philanthropist who overcame a strong speech impediment during her childhood and went on to become an advocate for people with disabilities, primarily children.

She majored in music with a minor in secretarial skills and physical education at Muskingum College, graduating in 1942.

She was given the first national award of the American Speech and Hearing Association in 1983.

She was born Anna Margaret Castor to Homer and Margaret Castor. She married astronaut John Glenn in 1943 and the couple had two children together named John David and Carolyn Ann.

In the 1983 historical drama film The Right Stuff, she was portrayed by Mary Jo Deschanel.

Annie Glenn Is A Member Of