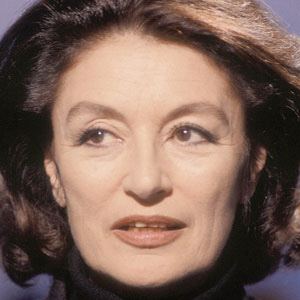 French actress who co-starred in the 1966 film A Man and a Woman and appeared in director Bernardo Bertolucci's 1981 film Tragedy of a Ridiculous Man.

She studied dance and theater and debuted in La Maison sous la mer.

She played a prominent role in the 1994 ensemble film Prêt-à-Porter.

She was married to her fourth husband, American actor Albert Finney, from 1970 to 1978. Her first three marriages were to Edouard Zimmermann, Nikos Papatakis, and Pierre Barouh.

She appeared in the Federico Fellini films La Dolce Vita and 8 1/2.

Anouk Aimee Is A Member Of