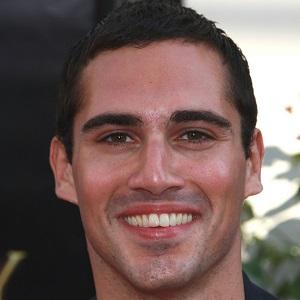 Famous for starring in Maria, i Aschimi, the Greek version of Ugly Betty, this popular television actor also had a successful theater career. During 2007 and 2008, he starred as Benjamin Braddock in a professional stage production of The Graduate.

After training at the National Drama School of Greece, he delivered an acclaimed performance in a 2004 production of the play This Is Our Youth.

After moving to Los Angeles, he acted in such independent films as The Hollywood Percentage and Brief Star.

He was born in Thessaloniki, Greece, to Timotheou Ananiadi and model and actress Evi Karagiani. His stepfather, Kostas Voutsas, starred in close to sixty Greek films.

Anthimos Ananiadis Is A Member Of