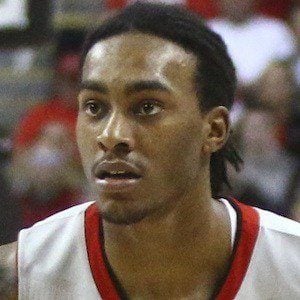 Point guard nicknamed "Cat" who began his college basketball career at North Carolina State University in 2013 after playing in the McDonald's All-American Game. He previously won a bronze medal in the Nike Global Challenge in 2012.

He was a star at Hampton High School, leading the school to the Virginia State Title in 2012

He was voted the Class AAA Player of the Year in his junior season in high school.

His mother is Pamela Barber. He has an older sister named Pam, who gave him his nickname.

He and NBA MVP Allen Iverson are both natives of Hampton, Virginia.

Anthony Barber Is A Member Of