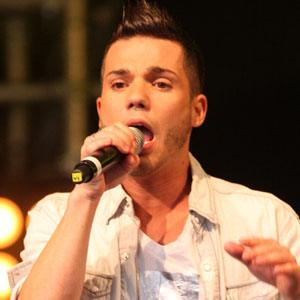 Singer-songwriter who was the runner up on the 2004 season of Australian Idol. He has released singles like "The Prayer."

He entered the industry at an early age, participating in talent shows and training at the Johnny Young Talent School in Australia.

He has won numerous awards, including an ARIA Music Award.

He was born in Melbourne, Australia. In 2014 he married actor Tim Campbell.

He and Kylie Minogue are both popular Australian singers.

Anthony Callea Is A Member Of